Blackberry #2 is 10 Months old. (I am a little late with this post, since he will be 11 Month old tomorrow!, but oh well) 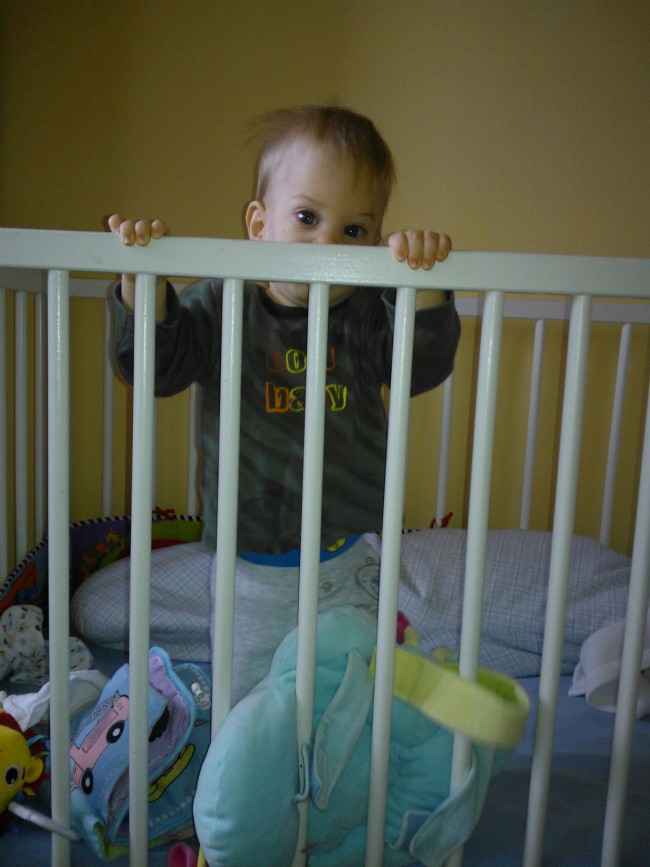 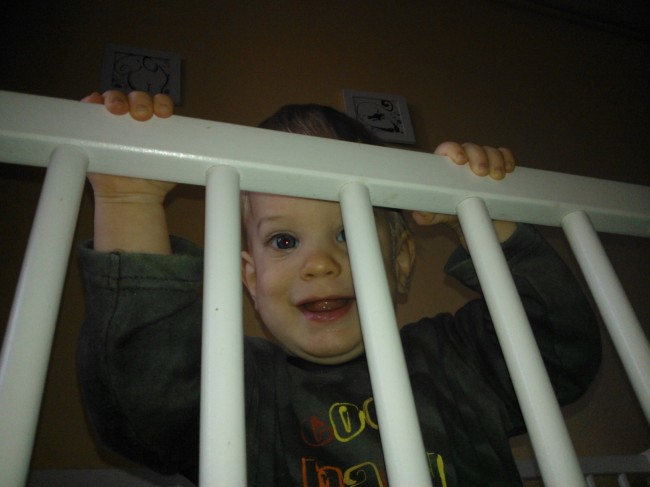 Teeth: Still no teeth. Just lots and lots of drooling.

Sleeping: Blackberry #2 is sleeping through the night in his crib with the monitor on. He wakes up between 5-6 am.In terms of naps, he takes 2-3 naps.

He still drinks formula 3-4x a day. He eats vegetable purees with meat (mostly chicken) for lunch, then he has a fruit puree or joghurt once a day, and he also has Sinlac (Baby Porridge) once a day.

He has grown so much: 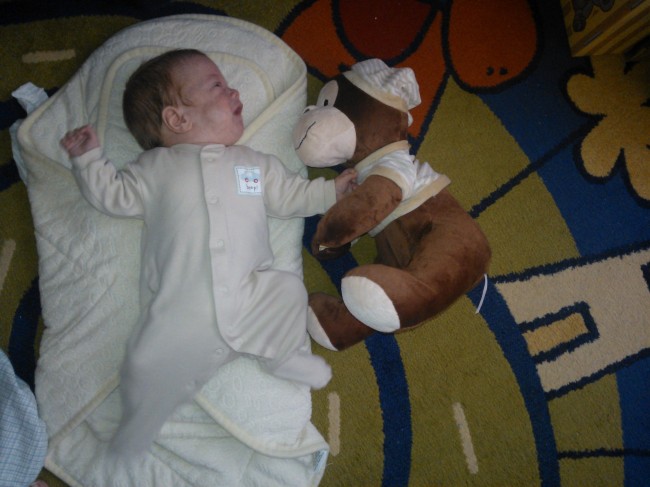 This is when he first got Mr. Monkey. He was not too thrilled. 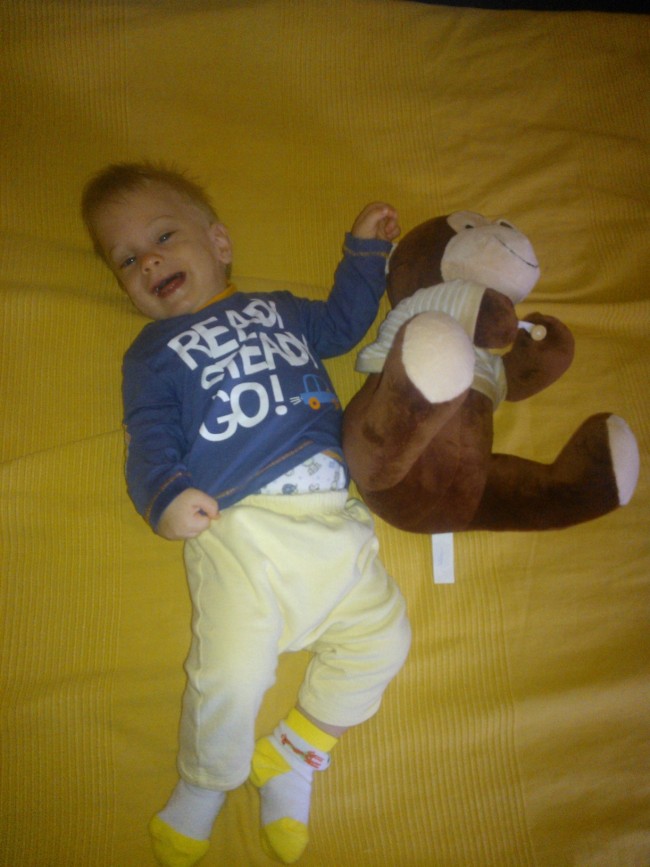 And one last thing. Blackberry #2 can clap his hands! Yeah!