Before I begin Part 2, I would like to mention that this week I took part in a post, my fellow bloggerina kukolina wrote:

My part can be found in the comments section…

I thought I would write a little about the tourist attractions of Gyula.

We went for a walk to the castle.

The castle of Gyula was built in  the 15th century. The castle  was under Turkish reign for 130 years between 1566 and 1695. Descriptions mentions it  as the only plain brick castle in Central Europe. Inside the castle there is an open air theatre in the  summer. There is a Boating Lake between the Castle and the Castle Spa. 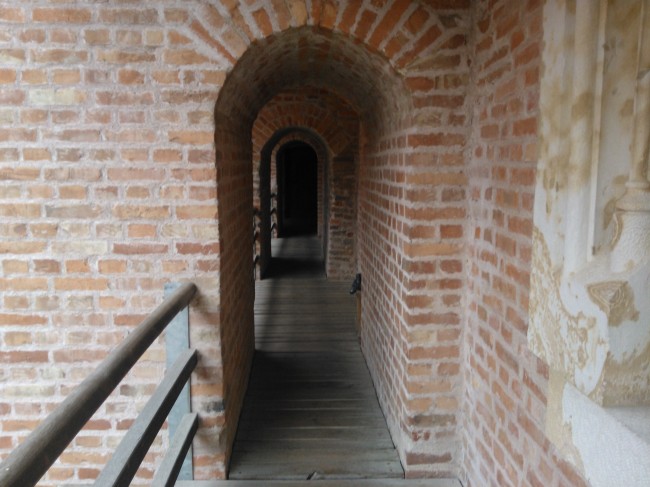 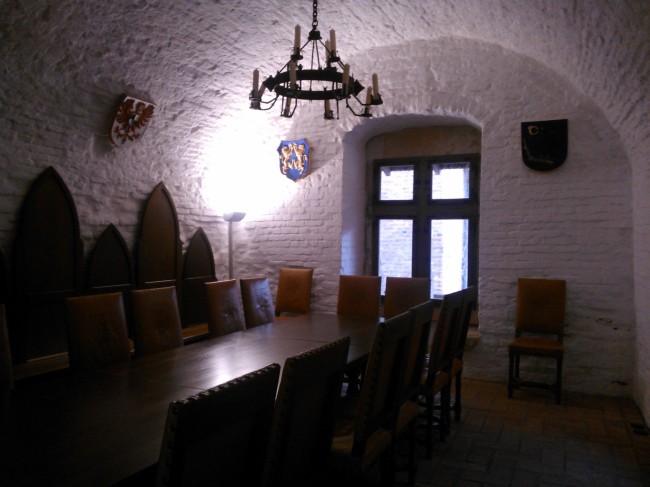 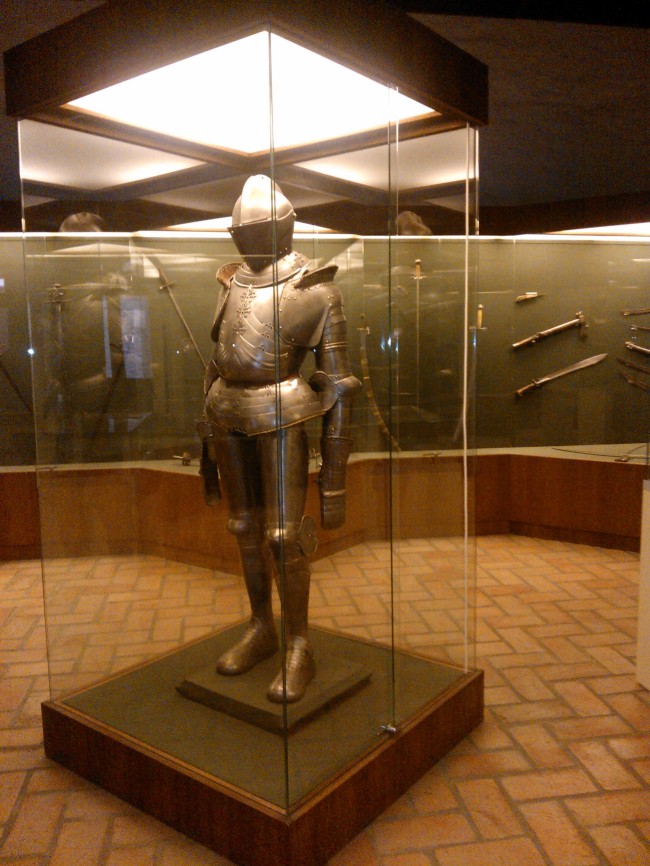 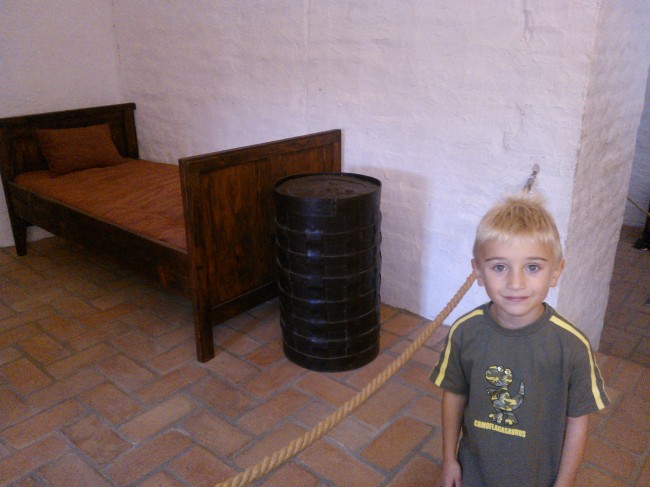 The next tourist atrraction we went to see was the Hundred Year Old Cake-shop. It is the second oldest cake-shop in Hungary! It has been open since 1840.

They have coffe and tea, yummy cakes, ice-cream and even their own bon-bons… 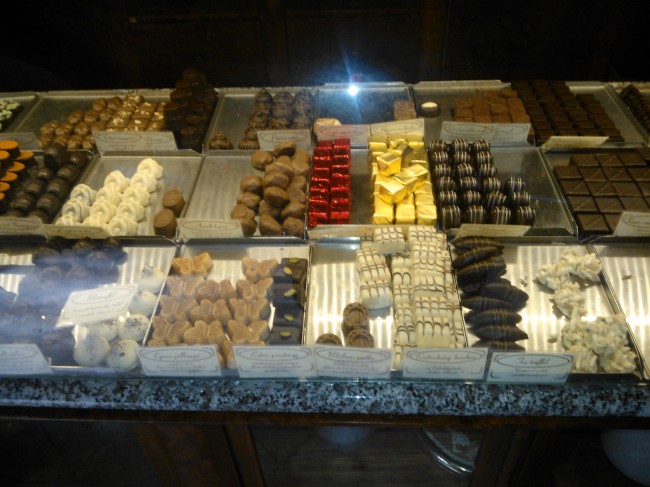 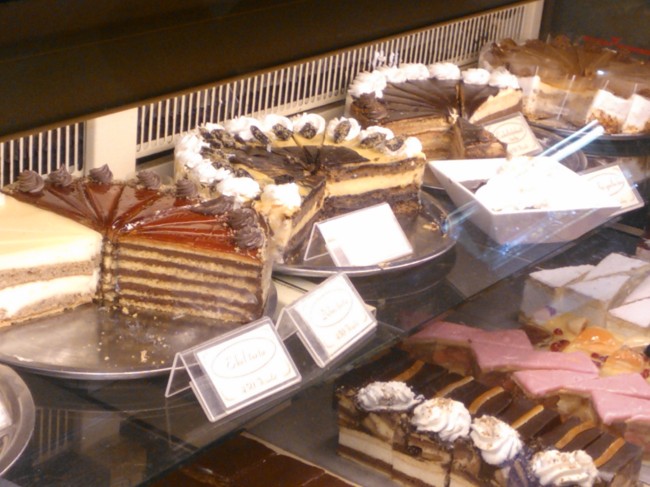 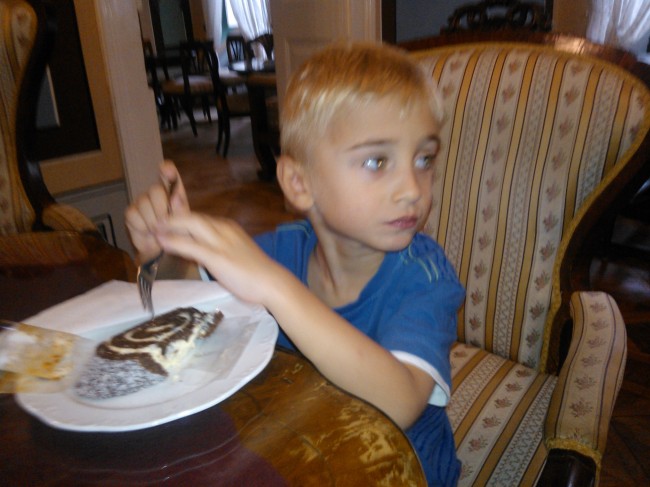 What is your favorite sweets?

Are you a cake or a bon-bon type person?

We took our first mini vacation as a family of 4 last weekend.

We visited Gyula a small city in south-eastern Hungary.

We stayed at a kid friendly wellness hotel.

Blackberry #1 was excited to explore every inch of his new home:

He liked the restaurant:

They even had a bouncy castle inside the hotel! His favorite: 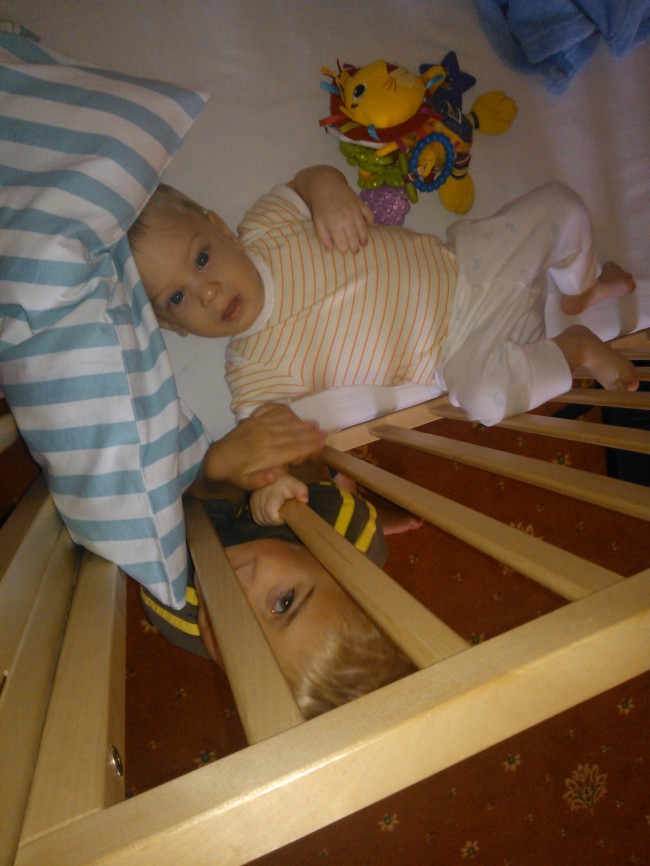 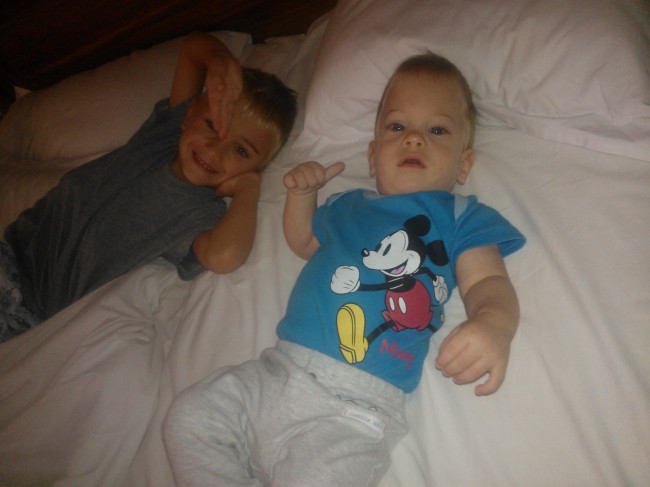 We went to see the Castle Spa:

Blackberry #2 had his first spa experience. The water is brown, because it is thermal water that contains sulphur.: 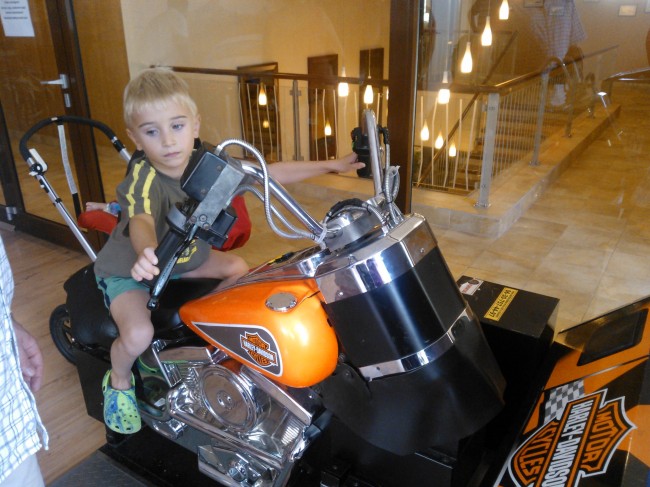 We went to the gym:

The hotel had it’s own wellness oasis:

At the end of the day: 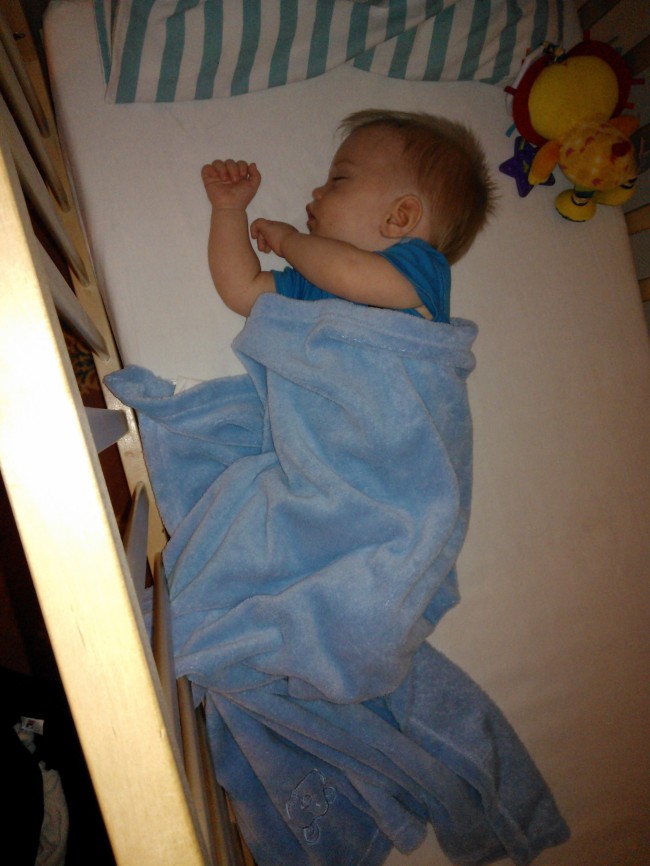 Did you have a mini vacation somewhere nice this summer? 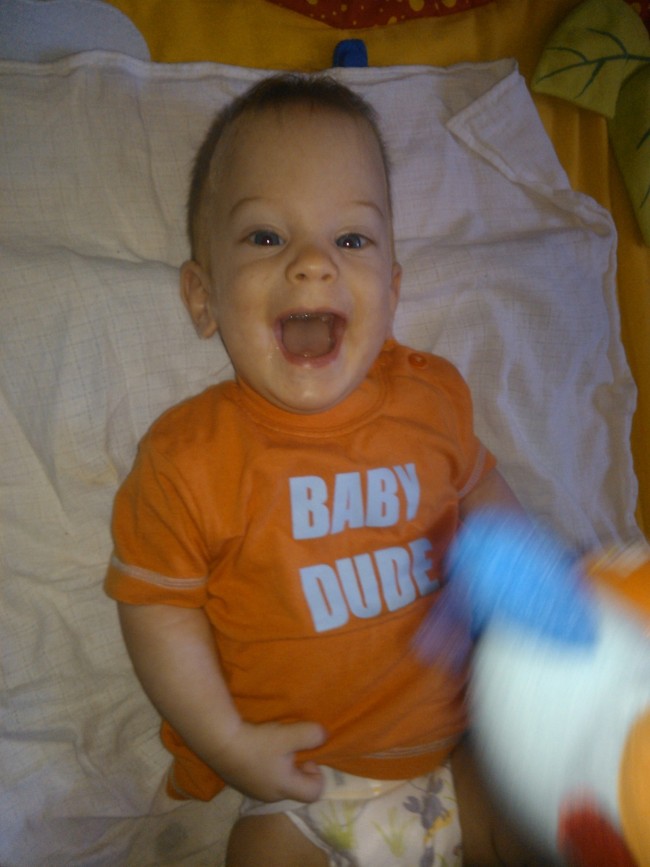 Teeth: Still no teeth. Just lots and lots of drooling.

Sleeping: Blackberry #2 is sleeping through the night in his crib with the monitor on. He wakes up between 5-6 am.In terms of naps, he takes 2-3 naps.

Eating: I have stopped breastfeeding about two weeks ago, because I had to get a steroid shot in my wrist because of arthritis inflammation. They said I couldn’t breastfeed after getting that for at least a week. It seems he does not miss it, so we might just stop, since he was feeding really small amounts before we stopped anyways.

He still drinks formula 4-5x a day. He eats vegetable purees with meat (mostly chicken) for lunch, then he has a fruit puree or joghurt once a day, and he also has Sinlac (Baby Porridge) once a day.

New things he tried this month: joghurt, cottage cheese, grated cheese, egg yolk, liver, apricots and one bite of ice-cream (strawberry cheesecake flavour) (He grabbed the cone from Grandma’s hand and helped himself).

August 20th is the foundation of the Hungarian state by Saint Stephen, celebrated as a National Day in Hungary.

It also means 2 things: fireworks and the debute of the cake of the country (each year they choose a new one).

This year the choosen cake is: a honey-walnut cake. 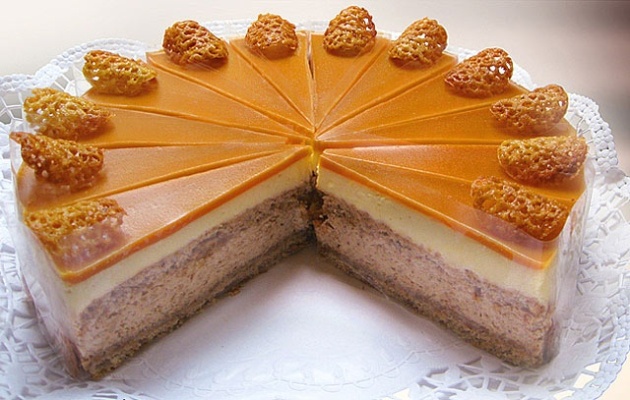 Ofcourse every year I have to taste the cake as soon as possible:) I have to say this years choice is a real winner!

We also went out for pizza.

After pizza we went for a long walk and saw a yurt, then we had to jum-jump on the bouncy castle. 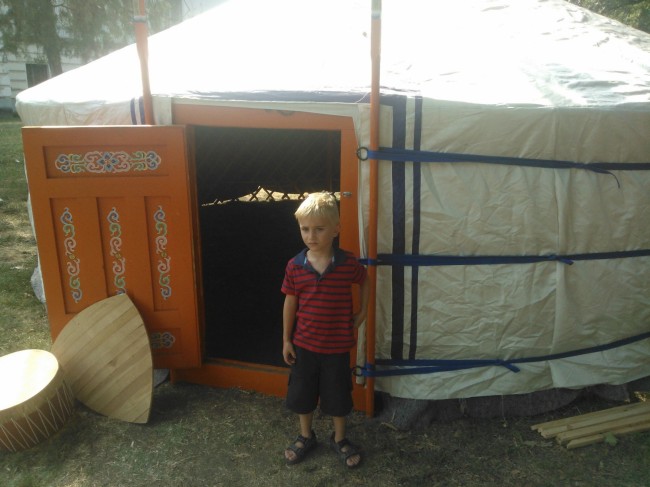 We waited and waited for the fireworks at 9pm, but it was cancelled because of the strong winds:(

What is your favorite national holiday?

I love getting packages. Last week I got 2 of them.

We spent a few days, not so long ago at a 4 star hotel by a lake. 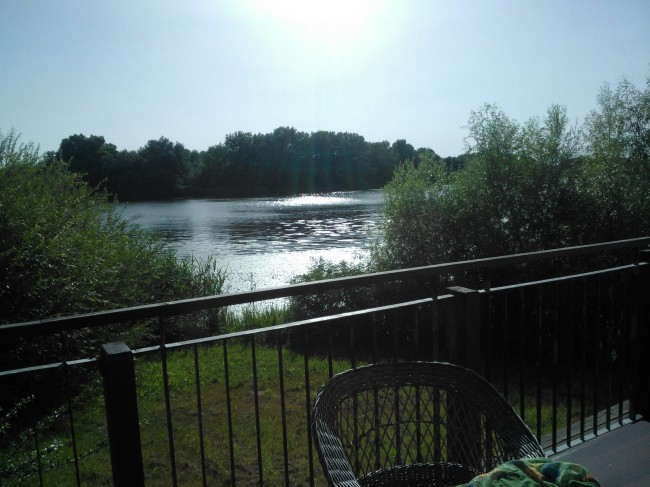 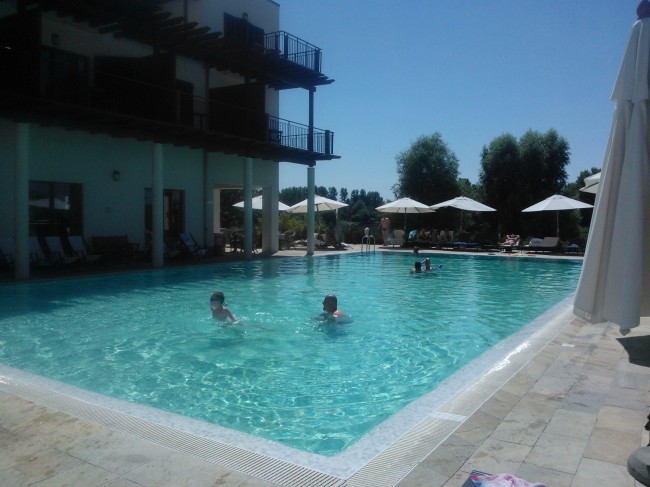 After coming home I realized I left my 2 favorite dresses in the closet:( So that was package number one. The hotel was nice enough to mail me my dresses:)

Package number two was a prize. I won 2 english childrens books. I won it on a blog that is about raising bilingual children.

I do believe that teaching a second language at a young age is important. I have taken Blackberry #1 to all kinds of english classes since he couldn’t even talk yet. But with Blackberry #2 I will try even harder. When he was born I would sing Somewhere over the rainbow to him. Now he is a bit bigger his favorite is when I sing David Guetta’s Titanium to him. He is all smiles:)

Have you received any good packages lately?

Do you talk, sing to your children in a second language?